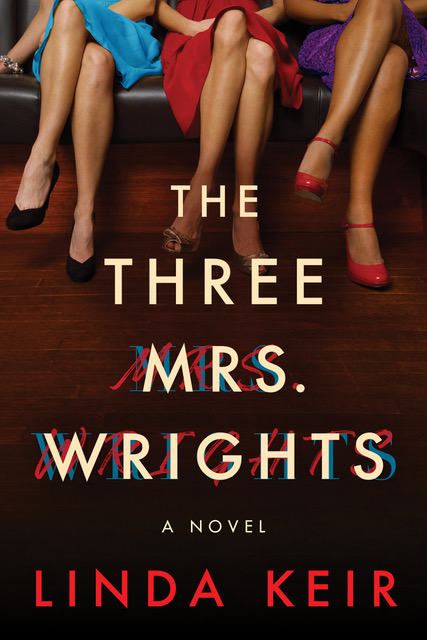 Linda and Keir on writing and The Three Mrs. Wrights

Campaign for the American Reader

My Book, The Movie

Mr. Wright has everything. All that’s left to give him is what he deserves.

Lark has good things coming: a career as a board-game designer and a whirlwind romance with a handsome investor. Trip is so compassionate and supportive, he’s almost too good to be true.

Jessica has always been cautious, but she can’t resist Jonathan. The brilliant TED-talking visionary has big plans for his inspiring medical start-up. Now Jessica is invited to be part of the team—and to partner with the founder outside the office.

Holly has settled into a comfortable life with Jack, her husband of nearly twenty years. They’ve raised three children, they own a beautiful home, and they’ve founded a worthy charity. She’s proud of building a marriage that has endured—she just doesn’t want to look too closely at the cracks.

Lark, Jessica, and Holly are three strangers with so much in common it hurts. Their one and only is one and the same.

The charming Mr. Wright’s serial lies are about to catch up with him…

Praise for this book

"Refreshingly, Keir doesn’t depict Holly, Jessica, and Lark as victims. Instead they’re all smart, well-rounded women who stand up for themselves with resolve and dignity. Readers will cheer them every step of the way to the satisfying…ending. Keir is a writer to watch."—Publishers Weekly

“Oh. my. wow. . . . This is one fast paced little number that I could NOT PUT DOWN. Told from multiple viewpoints, it’s just one big mess of tangled lies. Get this in your cart and preorder now. You will not be disappointed.”—Allisa, Goodreads

“What would you do if the life you’ve built wasn’t what it seems? I found myself unable to put this book down while rooting on Lark, Jessica and Holly as they answer that question for themselves..”—Virginia P., Goodreads

“I could not put this book down. I was even more intrigued to find out that this was written by a writing duo (under a pseudonym) Preorder this one. I think everyone is going to be talking about it.”—Sue Fernandez, Goodreads